Osaka City is one of the greatest cities you can have the pleasure of visiting in Asia. It’s full of culture, tradition, history, and great food – it is, after all, the food mecca of Japan. Whether you and your partner are adventure seekers, extreme foodies, cultural hawks, or history buffs, Osaka can entertain even the most cynical traveler.

However, sometimes the appeal of even the most interesting activities in a city that has long been overridden and swarmed by tourists can feel a little mundane.

If you and your partner are looking for an experience a little out of the box, we’ve got the perfect suggestion for you. Hyogo, the prefecture just next to Kansai whose capital is the famous city of Kobe, is full of exciting landmarks that are definitely worth visiting during your stay.

The below is a suggested one-day itinerary that will take you from point A to point G to point Z, and back again. Grab your International Driver’s License, rent a car for a day (it’s relatively cheap – check out websites such as Budget or Toyota Rent A Car for some flexible options), and hop in for the ride.

Note: This entire drive starting from Osaka City and returning back to Osaka City takes less than 8 hours, however, if you’re the type to like to spend your time slowly exploring places and venturing off the beaten path, we recommend adding an additional 1-3 hours at each point of interest.

A meat shop specialising in fresh Kobe and Wagyu beef, and fried Kobe beef and potato croquettes at Arima Onsen.
Located just an hour outside of Osaka City, Arima Onsen is considered one of three of Japan’s oldest onsen resorts (alongside Ehime’s Dogo Onsen and Wakayama’s Shirahama Onsen). Arima Onsen is famous for its two types of hot springs: the Golden Spring (aka ‘Kinsen’), which is coloured brown with iron deposits (said to help with chills, back, muscle and joint aches), and the Silver Springs (aka ‘Ginsen’), carbonated and radon springs which is said to help blood flow. The area itself has a real vintage ‘Old Japan’ feel, with small shops showcasing wooden exterior and cobbled stone paths, and narrow alleys taking you leisurely to and from crowds. Whilst you can pre-arrange to stay at the ryokans here, many of the ryokans open their bathhouses to those who are on a day trip, and these typically cost between 500 to 2500 yen. There are also footbaths which can be utilised for free if you keep walking down the street of Takenaka Nikuten. 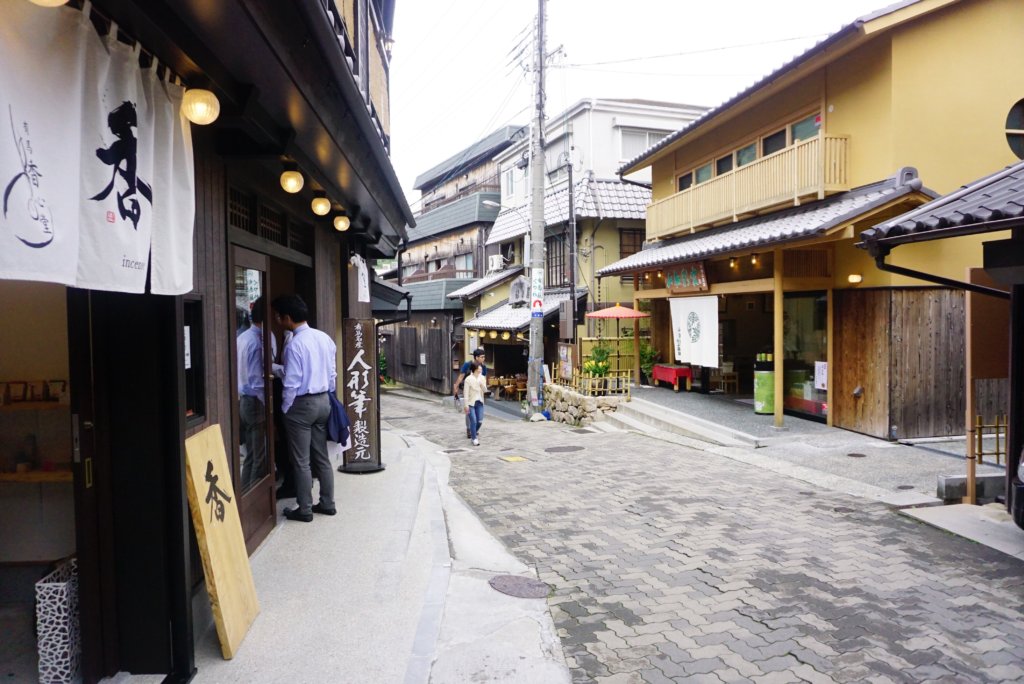 Takenaka Nikuten is a quaint butcher located at Arima Onsen, and has been serving the local community for more than 80 years. Alongside some of the most ridiculously marbled Kobe beef cuts you’ll ever see, they also sell fresh deep-fried Kobe beef and mashed potato croquettes (at 250 yen and 130 yen per piece respectively), which may be contenders for the absolute best croquettes you’ve ever eaten. A bite into the Kobe beef croquette will prompt some fatty juices to spring out, full of flavour, and the potato mash is seasoned so perfectly to taste. They also sell some drinks and beers at the store. 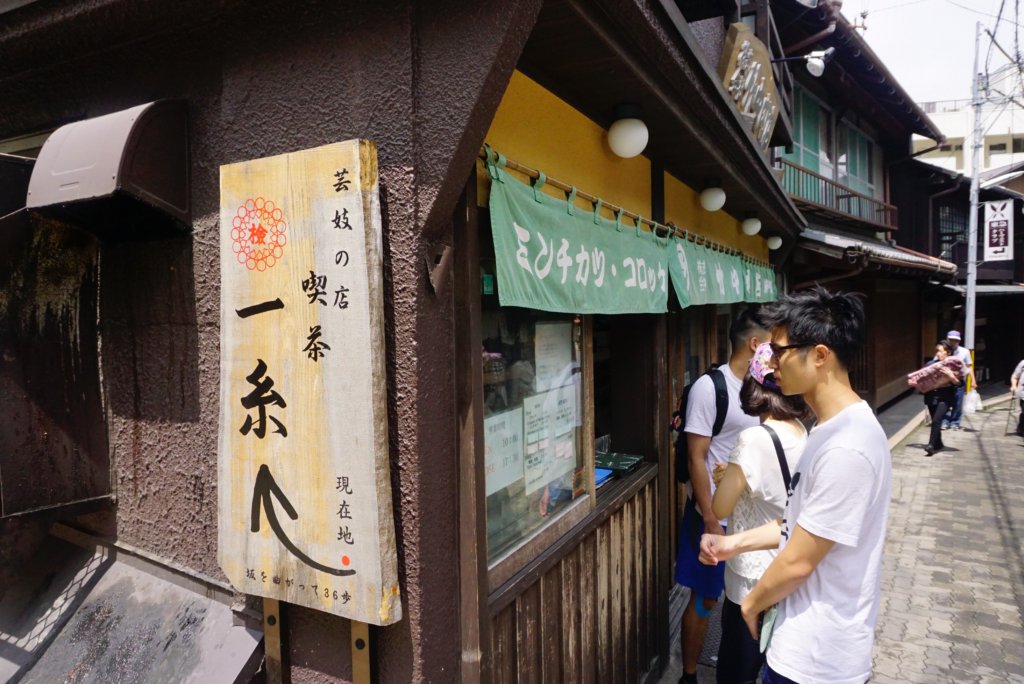 The corner where Takenaka is located. Order straight from the window!©Lyn Vo /JapanFor2

What could be more romantic than spending some time at one of the oldest Japanese onsen villages, soaking away in some hot spring waters, and snacking on some delectable Kobe beef and potato croquettes after? It’s an absolute dream.

Place to Visit in Hyogo No#2 – Himeji Castle and Surrounds

One of the most beautiful castles in Japan, also known as ‘The White Heron Castle’ due to its elegant white exterior.
Largely considered one of the most beautiful castles across Japan, Himeji Castle, also known as ‘Shirasagi-jo’, i.e. White Heron Castle, has also got an impressive legacy: it is one of Japan’s twelve original castles which has not seen complete destruction (natural or man-inflicted) since it’s conception. It did, however, undergo an extensive renovation a few years ago, and is fully open to the public. 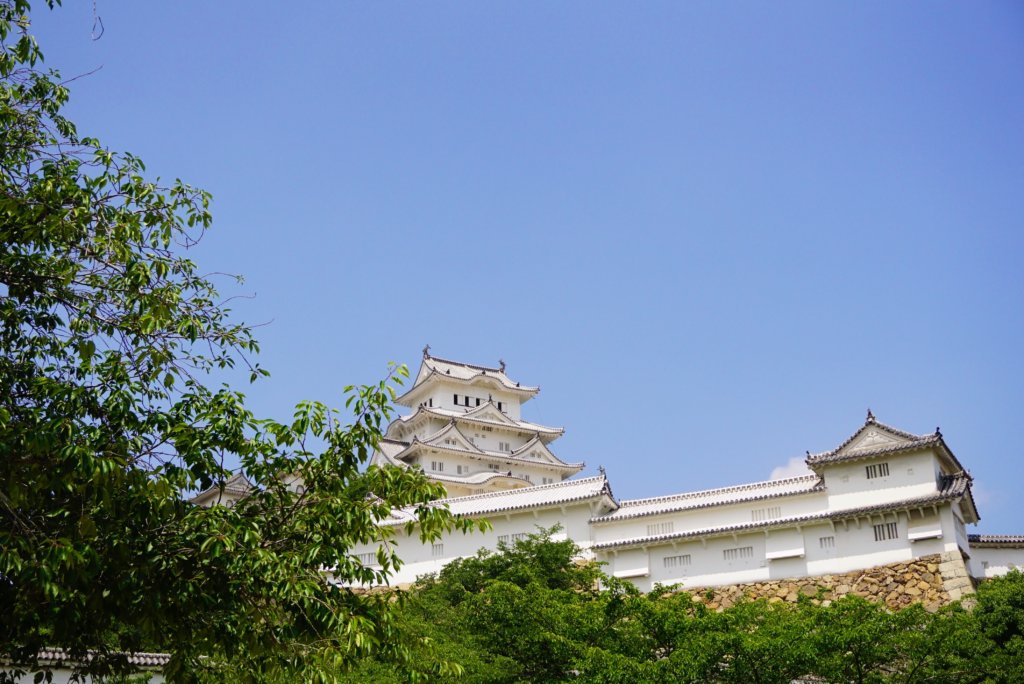 The elegant, classic white appearance of this castle, coupled with the sheer size of it, makes it the perfect destination for a romantic date during the Cherry Blossom season. With hundreds of pink sakuras lining up the sides of the majestic castle, romance will be bountiful. The entrance fee to the castle itself is only 1,000, and inside, you will get so much more than just a pretty picture. The insides of the castle offer bits and pieces of interesting information to read on its history, and plentiful displays of historic artefacts to view. 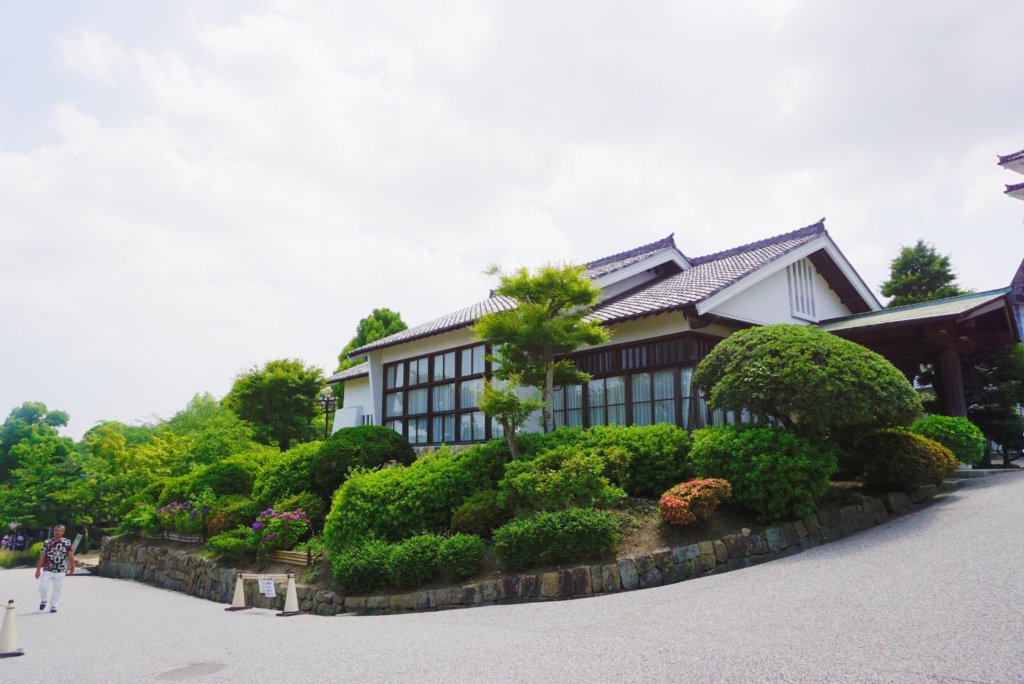 Just outside of the famous Himeji Castle lies a few bodies of water that are home to some of the biggest fish you will ever see in Japan. When you’re walking towards the Castle past these ponds, you will see schools of enormous fish swimming past to where the locals are throwing in crumbs of food, lost in their own thoughts and space. 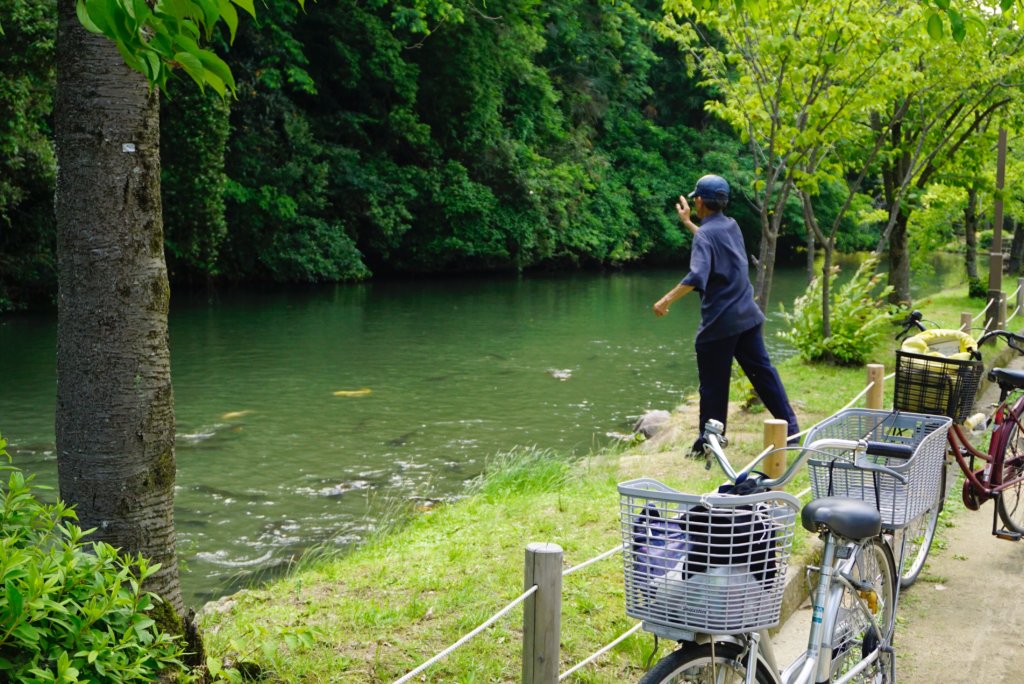 One of the locals enthusiastically feeding the fish.©Lyn Vo /JapanFor2

The atmosphere is extremely tranquil, and you can leisurely walk the path, hand in hand, just enjoying the beautiful greenery surroundings. 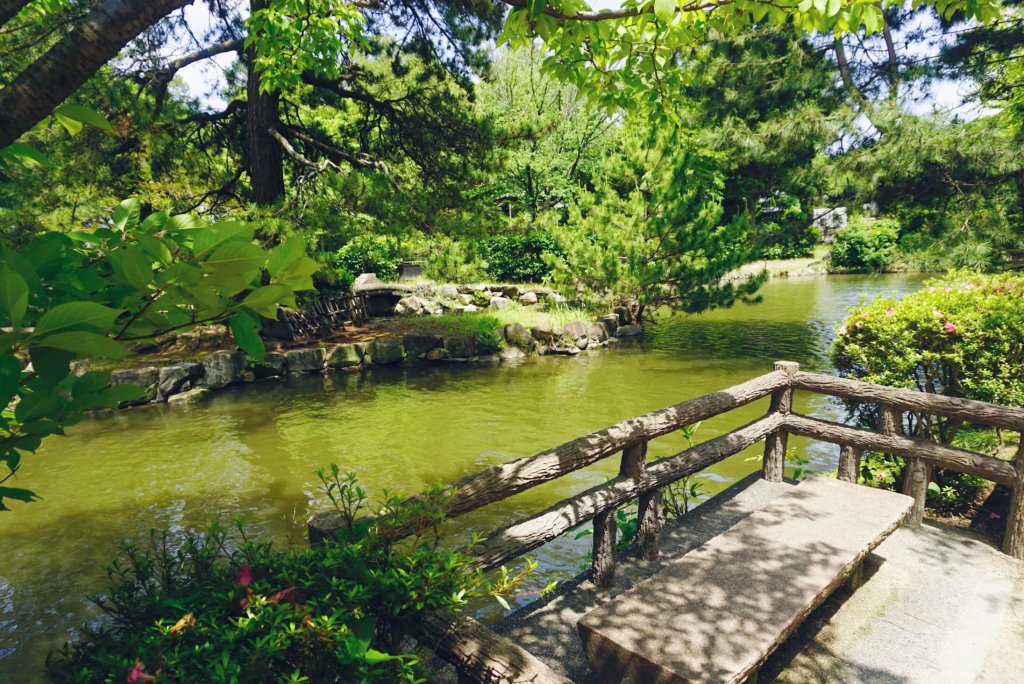 You can have a seat right here next to the beautiful pond.©Lyn Vo /JapanFor2

Place to Visit in Hyogo No#3 – Takeda Castle Ruins

A ruined castle in Asago located high up in the mountains, also known as the ‘Castle in the Sky’
This is a perfect case of saving the best for last. Takeda Castle Ruins (aka Japan’s very own Machu Picchu, aka ‘The Castle in the Sky’), is breathtakingly phenomenal. It’s almost guaranteed that it will be one of the most beautiful places you will visit in Japan. 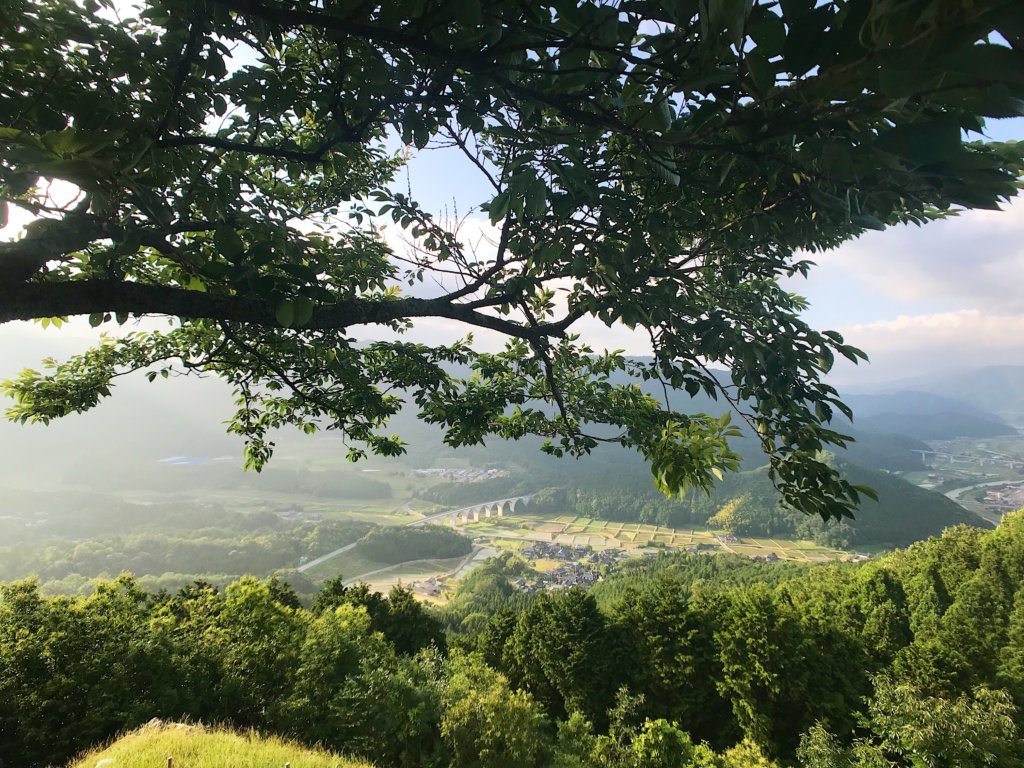 One of the few multimillion dollar views from the top.©Lyn Vo /JapanFor2

Located high up on the mountains at 353m of altitude in the city of Asago, the castle ruins were once deeply appreciated and visited only by locals, but in recent years, more and more foreigners have gotten wind of this majestic castle and have begun to flock in. The castle itself was first built as Izushi Castle in 1441 by Otagaki Mitsukage, but was abandoned in 1600. From then, the structure slowly diminished overtime, leaving behind a husk of what was once a grand structure, but in a twist of fate, the ruins of the castle have stood against the test of time, and it is now rated one of Japan’s top castles to visit. 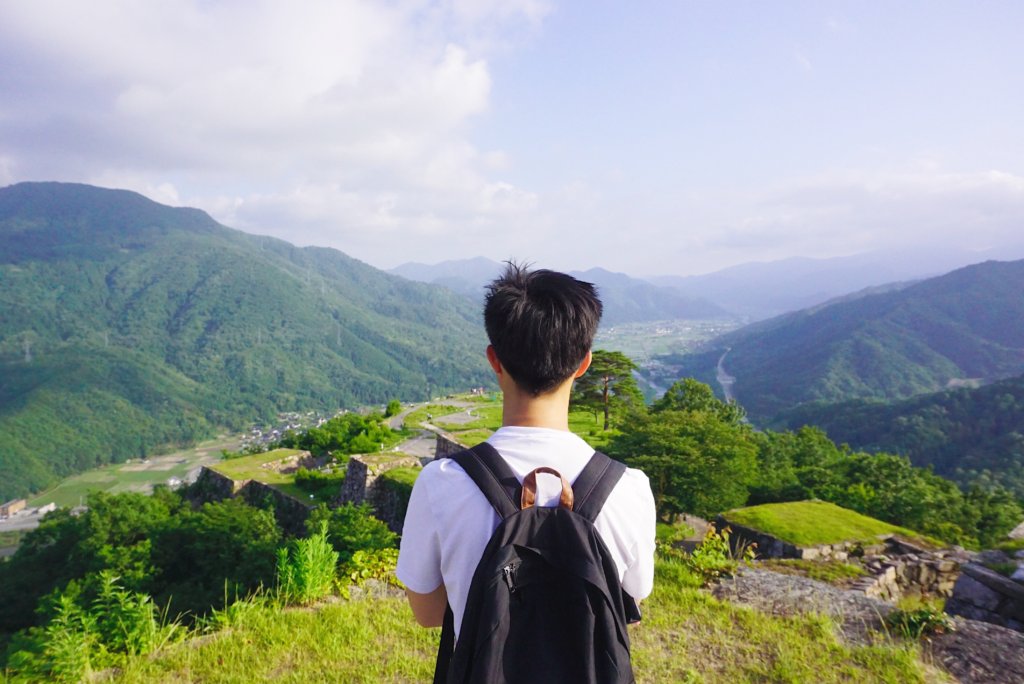 You can get lost in your own thoughts up here.©Lyn Vo /JapanFor2

The best time to visit this castle would be during sunrise or early morning in autumn, when the sky is clear, and there is rolling mist in the mountains which makes viewing from the platform especially stunning and mysterious. However, visiting is definitely not restricted to autumn, and even during early summer days you can see a mysterious fog set over the horizon in the afternoon. You can choose to hike up to the ruined castle itself, or pick a vantage point opposite the mountain to view the castle from afar. If you choose the latter option, Ritsuunkyo (right in front of the ruins) is the best option. 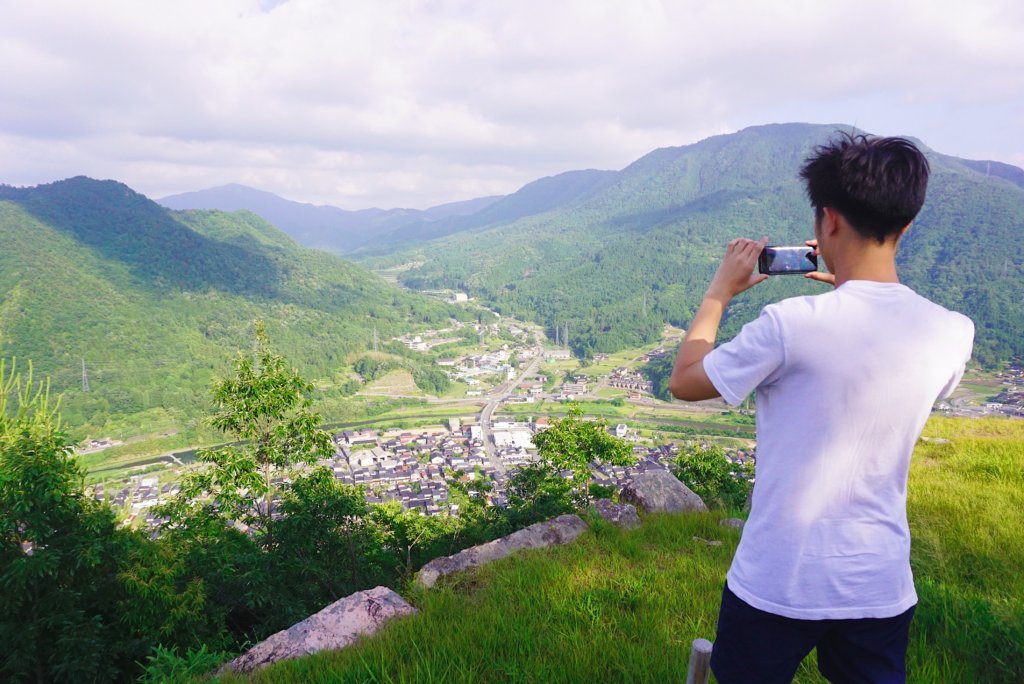 Note: we only hiked up Takeda, not Ritsuunkyo.©Lyn Vo /JapanFor2

As you can’t drive directly up to the castle ruins, you can park at Yamajo no Sato and walk up approximately 40 minutes to the top. There is a 500-yen entrance fee, but you will see that it is such a small price to pay for the million dollar views. There is a path that winds through the entire castle ruins that will take you all around the mountain, allowing you to make the most of the beautiful surroundings. 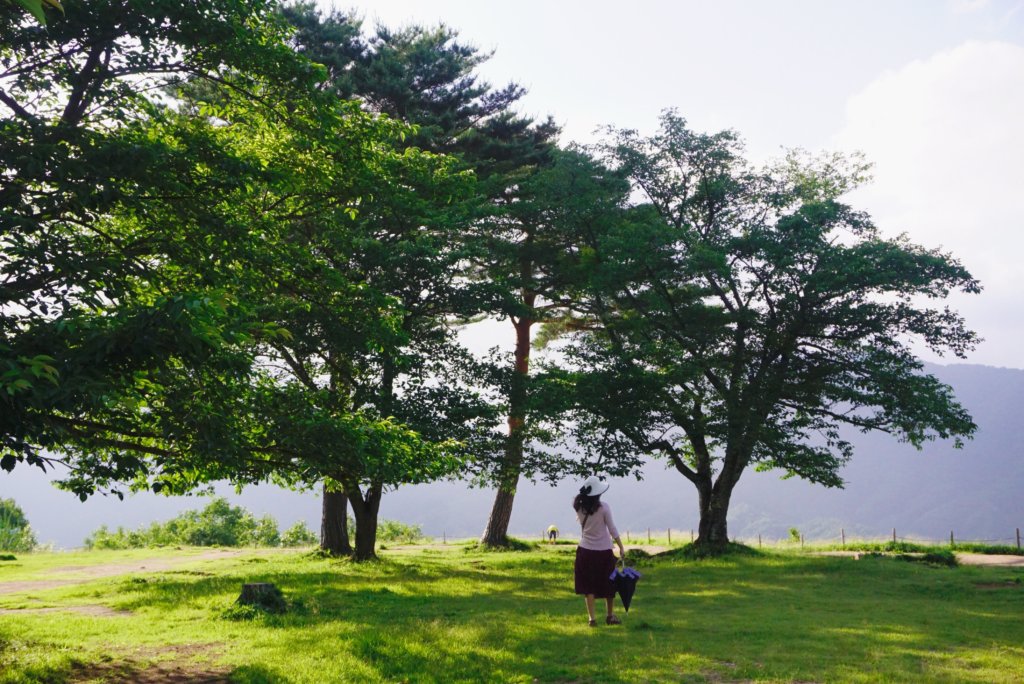 One of the most romantic places you could visit in Hyogo.©Lyn Vo /JapanFor2

Imagine being high up in the clouds with your loved one, taking in a stunning view that goes for miles and miles (and miles …), with no sound of cars honking or people shouting – just you and them, and Mother Nature, giving you the peace and quiet to appreciate a natural beauty like this the way it deserves to be appreciated. Definitely one of the most romantic things you can do in Hyogo.

Address: 169 Kojozan, Takeda, Wadayama-cho. Asago City, Hyogo
Access: Head to ‘Yamajiro no Sato’ parking lot where you can park for free. It is halfway up the hill. From there, the castle can be reached in 40 minutes by foot. Otherwise, you can take the ‘Tenku Bus’ from the parking lot to the trailhead to Takeda Castle (150 yen one-way), and it will be a 20-minute walk to the castle entrance from there.
Hours:
From March to May – 8am to 6pm
From June to August – 6am to 6pm
From September to November – 4am to 5pm
*From December to January 3rd – 10am to 2pm (closed from Jan 4 to end of Feb)
Cost: Adults: 500 yen, Children: Free

Hyogo might not seem like the likely area to explore, with Osaka sitting between heavyweights such as Nara, known for their gorgeous trademark deer and historic temples, Wakayama, known for their scenic mountains and vintage towns, and of course, Kyoto, famous worldwide for their temples, shrines, and bamboo rainforest. But in saying that, beauty is in the eye of the beholder, and being given the chance to explore something off the beaten path, especially in a major tourist destination country like Japan, is one of the greatest opportunities you can take. With your partner by your side and roads that stretch for miles through countryside Japan, it will be road trip to remember for a lifetime. 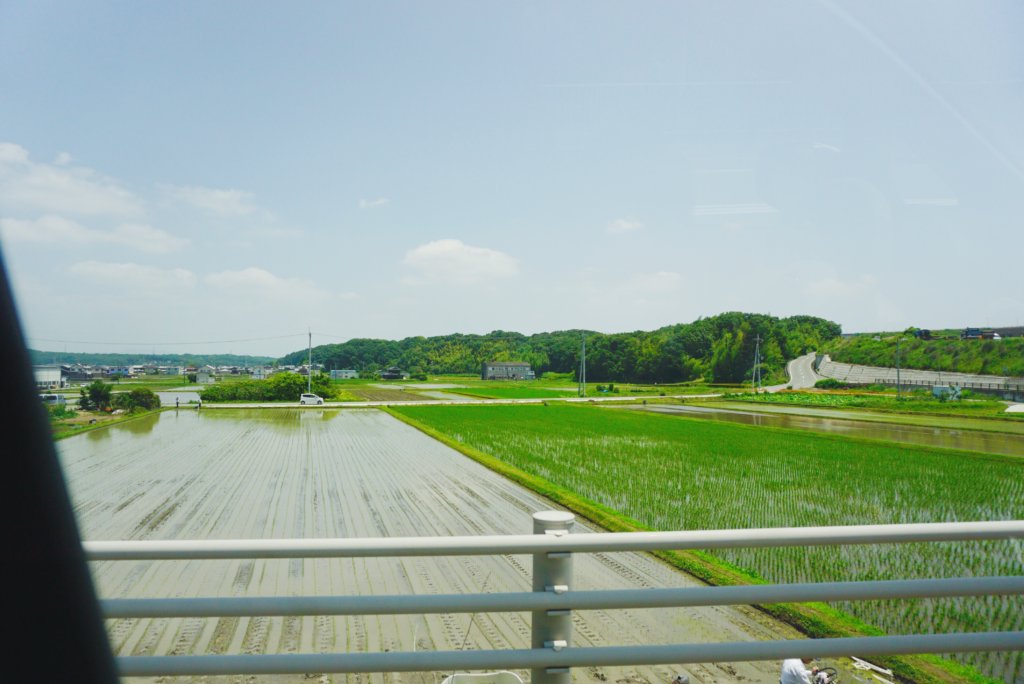 A capture of countryside Japan! Tanada (terraced rice fields) in Japan are abundant across the countryside, and they are stunning to drive past as the sun’s light reflects off the completely still water.©Lyn Vo /JapanFor2

Reporter
Lyn Vo
Bachelor of Business in Marketing, Master of Commerce in Human Resource Management
I am a massive foodie, an amateur photographer, and a snowboarding slowly exploring the world one slope at a time.

Feline Like a Date? Cat Street Harajuku is Your Saviour
Eat & Drink
Discover Totoro and Other Magical Creatures in Sayama Hills
Explore the Outskirts of Shibuya at these Cute Cafes – The Answer to a Perfect Leisurely Lunch Date
Eat & Drink
The Best Date Ideas For When It Drizzles Down In Tokyo
See & Do / Eat & Drink / Editors Pick
teamLab Borderless Tokyo
See & Do
Couples Who Are Snow Bunnies – Day Trips From Tokyo to Ski and Snowboard
See & Do