Starting from the Harajuku Station, I would suggest that you head first to the park and Meiji Shrine for a bit of tranquility before you hit the crowds of Harajuku. The entrance to the park is right next to the station. You simply have to cross the famous harajuku bridge that is right next to the station – on a side note, if you go there on a Sunday, you will probably see plenty of people doing cosplay there! -. Before heading out to the first part of your adventure how about grabbing some snacks and some drinks at a combini (convenience store)? Get yourselves some alcohol if you want, because it’s perfectly acceptable in Japan to have some alcoholic drinks in public! In fact, if you go to the park during the hanami season (cherry blossom viewing), the whole area quite literally becomes a huge booze fest.

You won’t have any problems spotting the stately torii gate of the entrance of the Meiji Shrine! The walk that follows will probably be one of the most romantic stretch of your day. The walking path is wide so it never feels too crowded, and the area is covered with some of the oldest trees in Tokyo. If you go there in the midst of summer, you will hear the sharp and loud songs of the cicadas which add to the magic of the place. People describe this place as though being in a Hayao Miyazaki movie! You’ll enjoy it for sure.

You’ll eventually reach the impressive Meiji Shrine, which was built in honour of the Meiji Emperor in 1920. Take a good moment to enjoy the sight. If you’re lucky, you might even see a traditional wedding being held at this important Shinto shrine.

Once you’re done there, you should probably head out to the adjacent green area of Yoyogi Park. 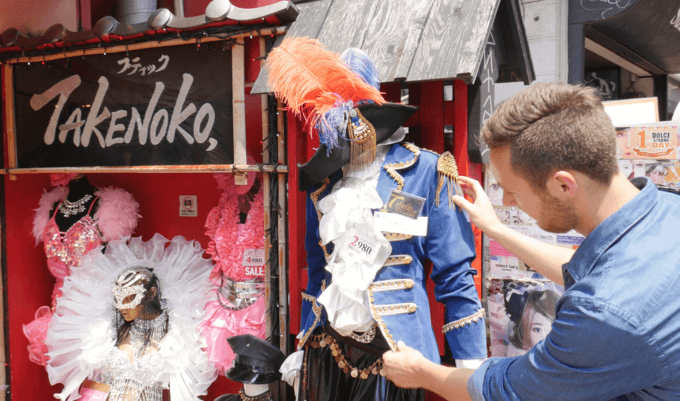 Beautiful in all seasons, the area is a popular playground for the Japanese youth. You’re likely to see people practicing music and dance, or any other hobby they might have, however eccentric it might seem (this is near Harajuku afterall). Yoyogi park is the perfect spot to have a picnic. So now would be a good time to take out the drinks and snacks you bought earlier.

Once you’re done spending a relaxing time in the park, head back towards the station and into Harajuku!

Enter Harajuku by its emblematic Takeshita street. Takeshita street is quite literally the center of the universe of the kawaii culture. You will find a plethora of stores selling colorful accessories, unconventional outfits (to say the least!), and sweets stands as well. Unlike what you might expect, the shops in Harajuku are not too expensive, as they cater mostly to high school students and people in their early twenties. While you are there, it might be impossible not to get tempted by some one of the many sweets shops in the area! You can’t go wrong with Harajuku crepes. 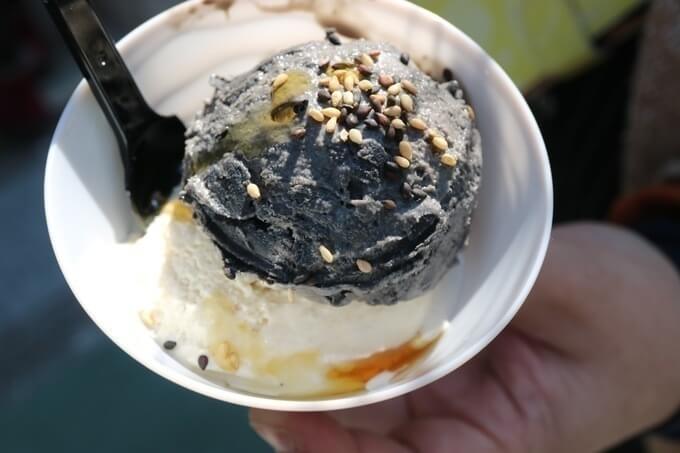 On the sweet side of things, on your way out of Harajuku, towards the Omotesando street, you might want to try this original sesame ice cream sold at Gomayakuki! You’ve read that right: the ice cream is made from sesame oil, a quintessential ingredient in Japanese cuisine. It’s super rich and a bit too addictive. Even sceptics have been won over by this new kind of ice cream. It’s quickly becoming one of the emblematic made-in-Japan ice creams, along the popular matcha flavoured one. 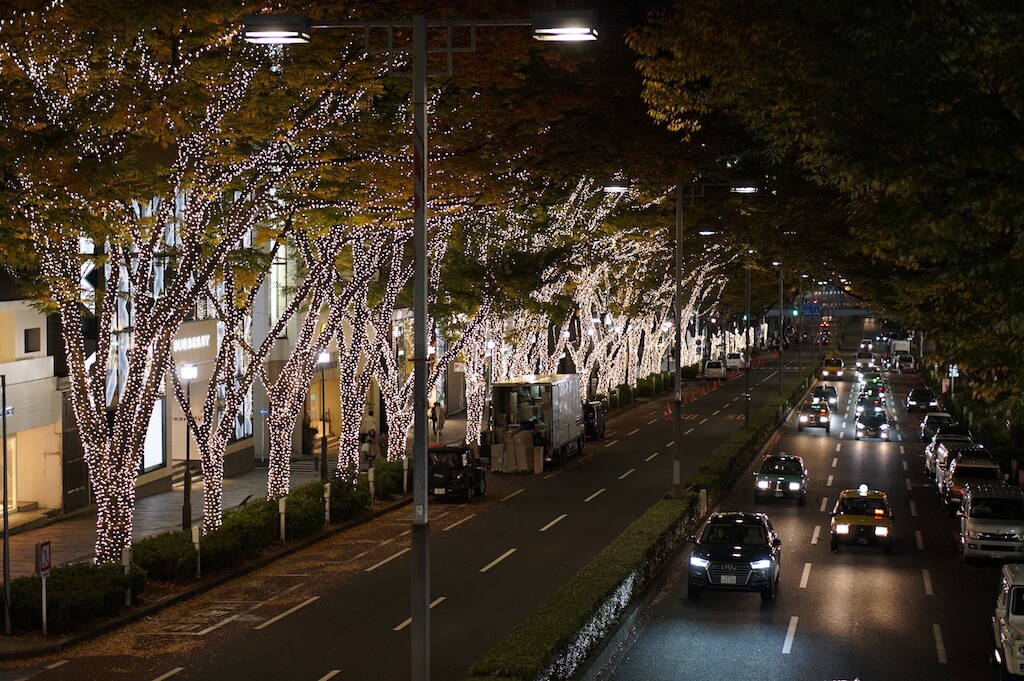 If you can find cheap clothes in the Harajuku area, don’t expect to find the same kind of bargains on Omotesando. The street was designed to resemble Les Champs-Élysées in Paris. Along the street, you will find an impressive number of boutiques selling high fashion brands. Even if you aren’t interested in shopping, or rather, spending ¥200,000 for a purse. You’ll surely enjoy walking along this beautiful avenue with your significant other. 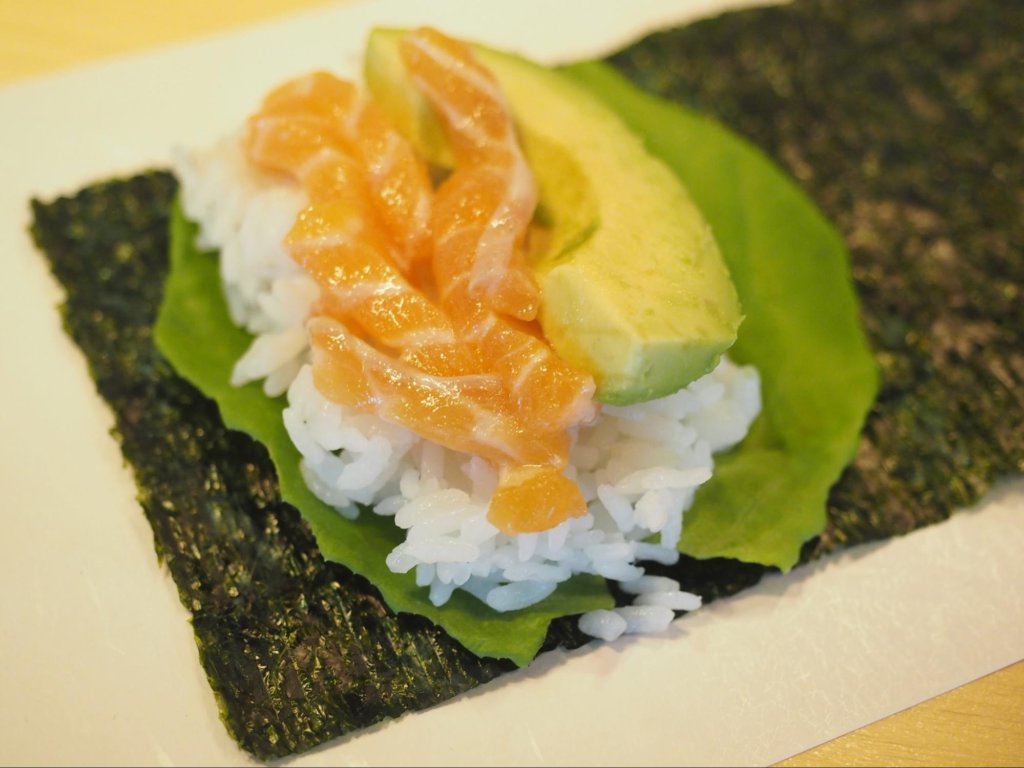 There are however a few affordable options along Omotesando. One of them is a new sushi restaurant called Gonpachi Nori-Temaki that serves exquisite and original sushi rolls for about ¥400 a piece. You can get for instance temaki sushi that are made of cauliflower bits instead of rice, which cuts down drastically their carbs content. Try a salmon roe roll for something with an intense savoury umami! The stylish interior is a mix of modern and traditional Japan. This is a good spot for a healthy lunch or dinner.

Continuing down the Omotesando road, you will eventually arrive at th Aoyama street, another beautiful, posh artery of Tokyo. Explore the area for some great cafes and admire some of the most striking modern architecture in the country.

One point of interest in Omotesando for young couples is probably the Commune 2nd complex. 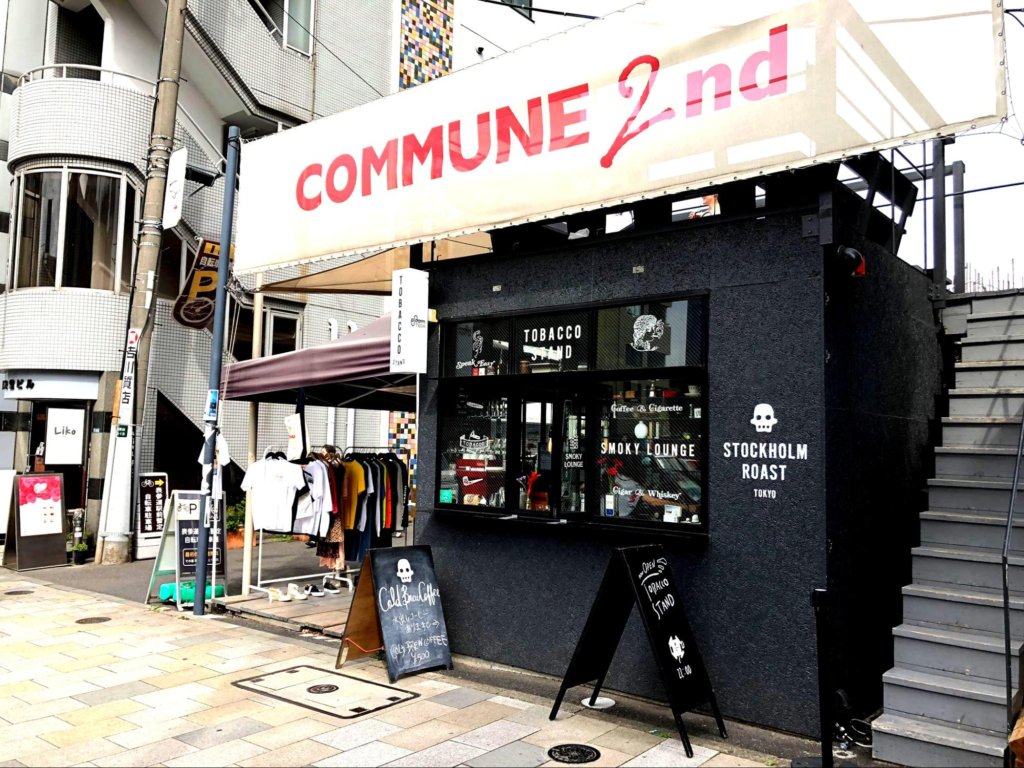 The spot is a collection of funky design clothing shops, small bars and food joints that are rather on the healthy side. You’ll even find a good selection of vegetarian options, which is not so common in Tokyo. Commune 2nd is a popular gathering place for Tokyoite hipsters and foreigners alike. Lit by lines of incandescent bulbs in the sky, it really has a chill night atmosphere, and they sometimes have special music and dance events. This could be a good place to end your day.

If you want more of a one on one time in a more private atmosphere, in a backstreet nearby Commune 2nd, there is a little gem of a bar the locals rave about. It’s called Radio and serves some of the best cocktails in town. 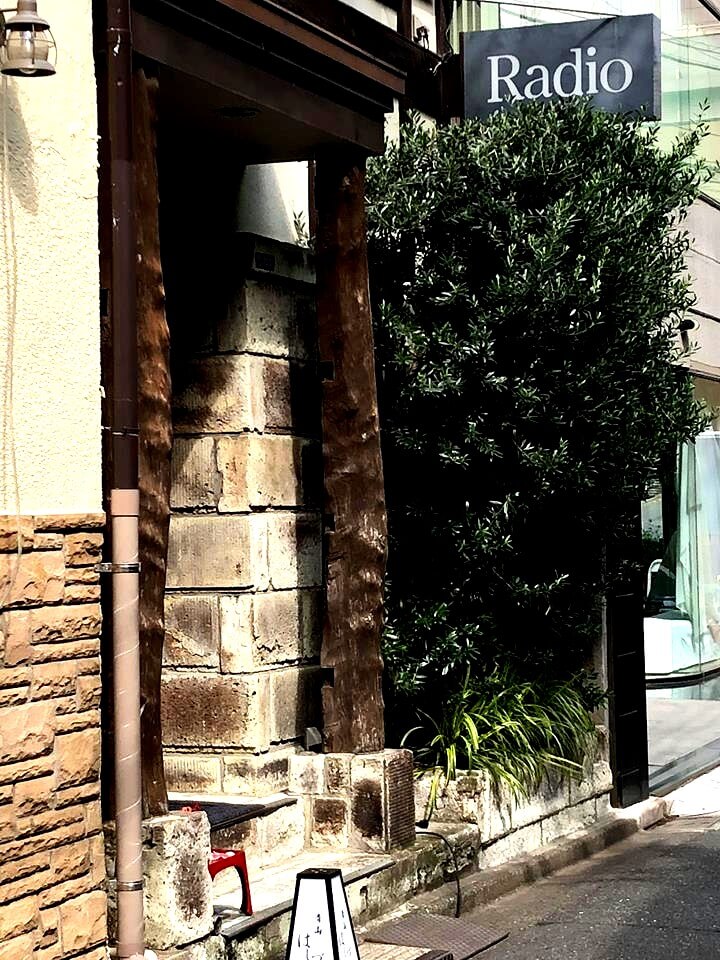 As you can see, there are plenty of things to discover when you start to explore by foot the area in the vicinity of Harajuku station! No matter what you are into, be it the green and serene areas of the premises of the Meiji Shrine, the rainbows-and-unicorns side of Takeshita street or the chic and elegant side of Omodesando/Aoyama streets, you are bound to find something that will make your day with your partner in Tokyo a memorable one.