Extending from Kamakura to Chigasaki is the Shonan area, a popular destination for beach-goers, Hawaiian culture lovers and those wanting a stress-free escape from Tokyo. For a more relaxed experience, it would be best to visit over a weekend but it is also possible to visit the area in one day.

Kamakura is easy to access by car or train from Shinjuku and history lovers will rejoice at this place, as the city was the seat of the Kamakura government, which ruled over Japan for more than one century from the late 1100s.

To the east of Kamakura Station is the town’s most important shrine, Tsurugaoka Hachimangu. It was built by the founder of Kamakura’s first shogunate, Yoritomo Minamoto, and draws a large number of visitors. The road leading up to the shrine is also a major shopping street, where you can browse for souvenirs. But be warned: it gets extremely crowded with tourists on the weekends.

Near Tsurugaoka Hachimangu is the secluded Hokokuji Temple, which is home to Kamakura’s own bamboo grove. Although much smaller than the famous Arashiyama bamboo grove in Kyoto, the one at Hokokuji Temple is nonetheless beautiful and serene.

Perhaps the most recognizable landmark here is the Great Buddha, the second tallest bronze Buddha statue in Japan. Marvel at the longevity and endurance of the statue, which has been around since 1252, surviving typhoons, earthquakes and fires. 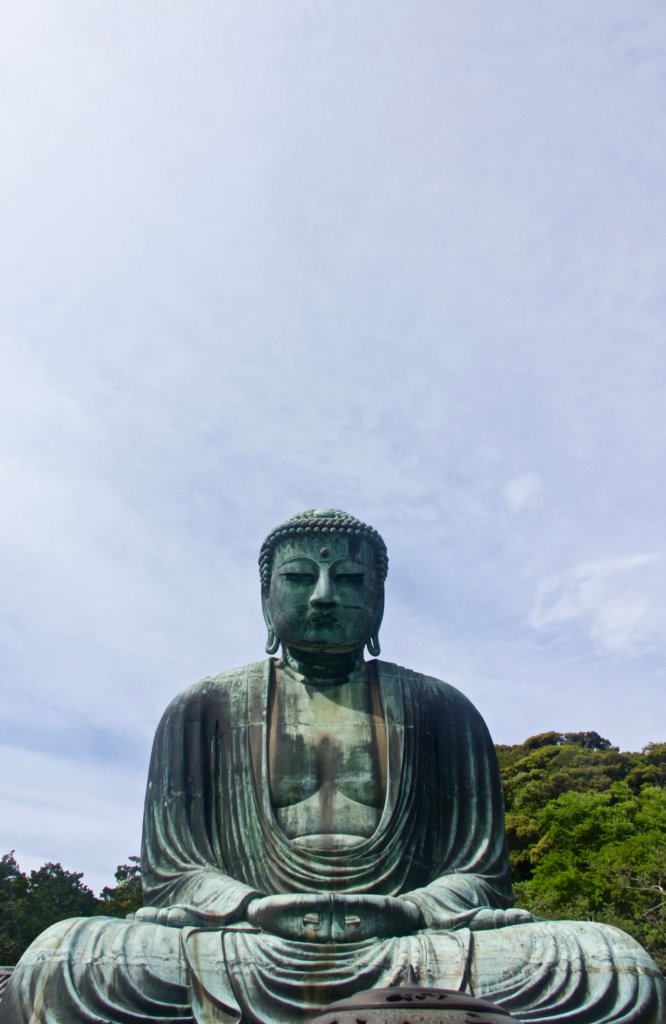 The Great Buddha of Kamakura attracts visitors from far and wide.©Tao Lin /JapanFor2

The main road leading from Hase Station (the nearest train station) to the Buddha statue is lined with quaint little shops, including many that sell delicious soft serve ice cream in various flavors – perfect if you are visiting during the warmer seasons! For something a little bit different, visit Kamakura Kebab for a Turkish ice cream (very different from normal soft serve) served with a big friendly smile from the owner.

Close to the Great Buddha is Hasedera, a temple with a great view of Kamakura’s coastline. The pretty garden and ponds are perfect for wandering around and relaxing with your date. Couples looking for something more active can find three main hiking trails throughout Kamakura’s hills that connect some of the town’s numerous temples.

The peaceful island of Enoshima is a natural next stop in the journey along the Shonan coast. Buy the Enoshima 1-Day Passport and get access to all the island’s main attractions, which include Enoshima Shrine, the Samuel Cocking Garden and a lighthouse/observation tower named the Sea Candle. 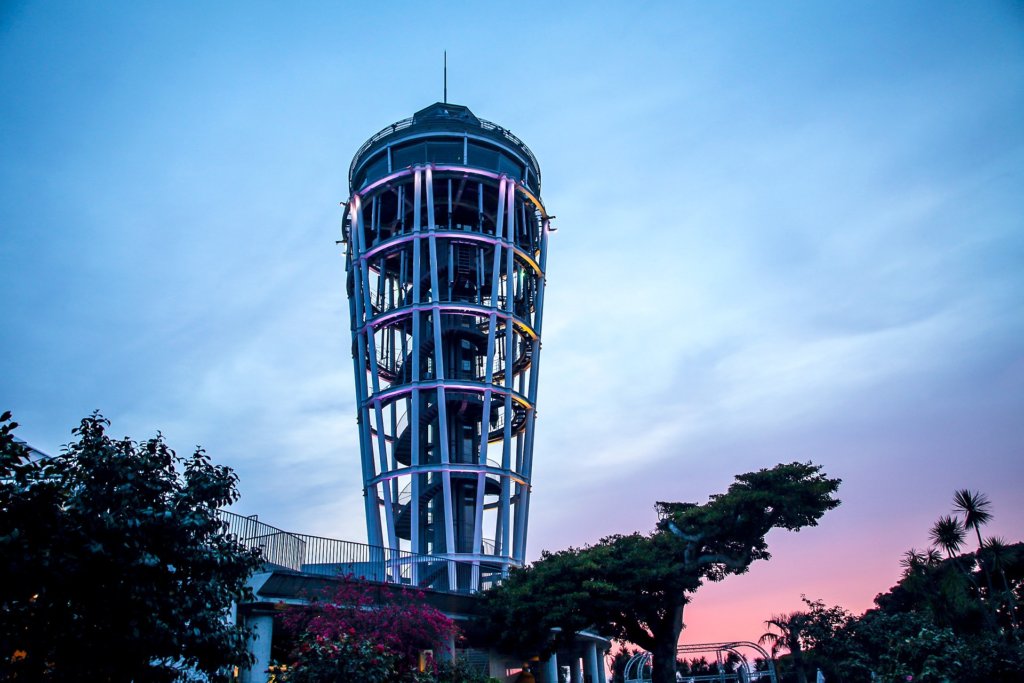 The Enoshima Sea Candle is both an observation deck and lighthouse.

After exploring the sea candle and garden, walk towards the rocky platforms of Chigogafuchi – but don’t forget to stop by the Love Bell, or Koibito no Oka. Lovers can ring the bell, write their names on a padlock and add it to the countless other padlocks left behind by other couples as a symbol of their eternal love. 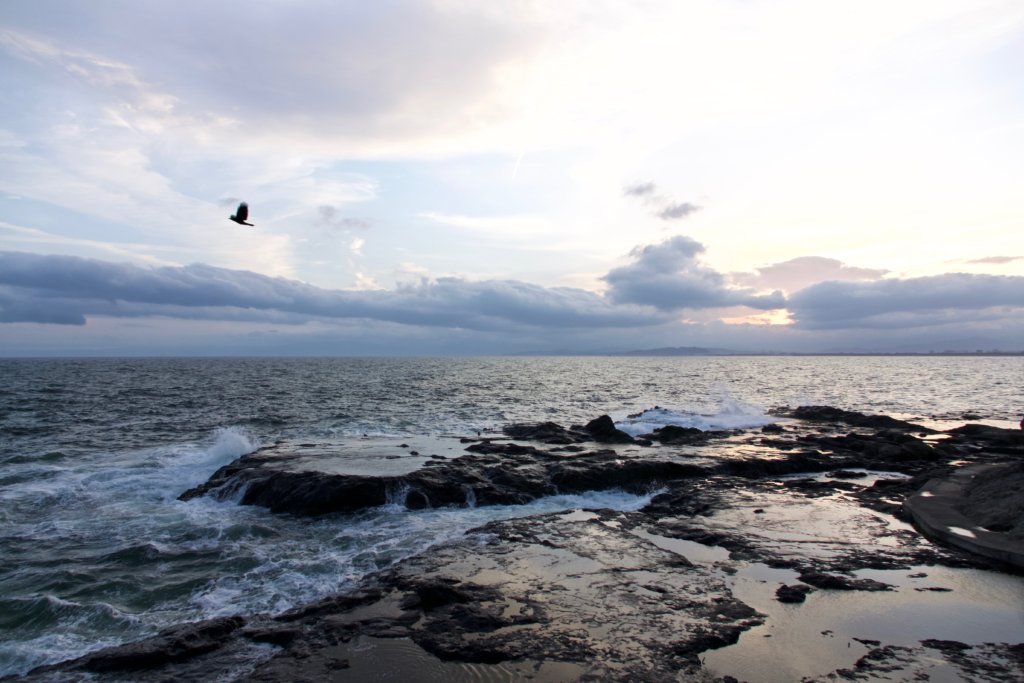 The rocky platforms along the south side of Enoshima are a great place to watch the sunset.©Tao Lin /JapanFor2

Finally, venture further west along the coast to Southern Beach at Chigasaki. The city is a popular surf spot as well as the heart of Hawaiian culture in Japan, so visitors are sure to get all the sun, sand and surf they desire. Browse the surf shops, build a sandcastle, sip on some Shonan Beer by local Kumazawa Brewing and catch the sunset on the beach.

No trip to the Shonan area would be complete without sampling the local shirasu, or small white fish, which the area is so famous for. They are only in season from April to December and are most famously served on top of white rice in a dish called shirasudon. 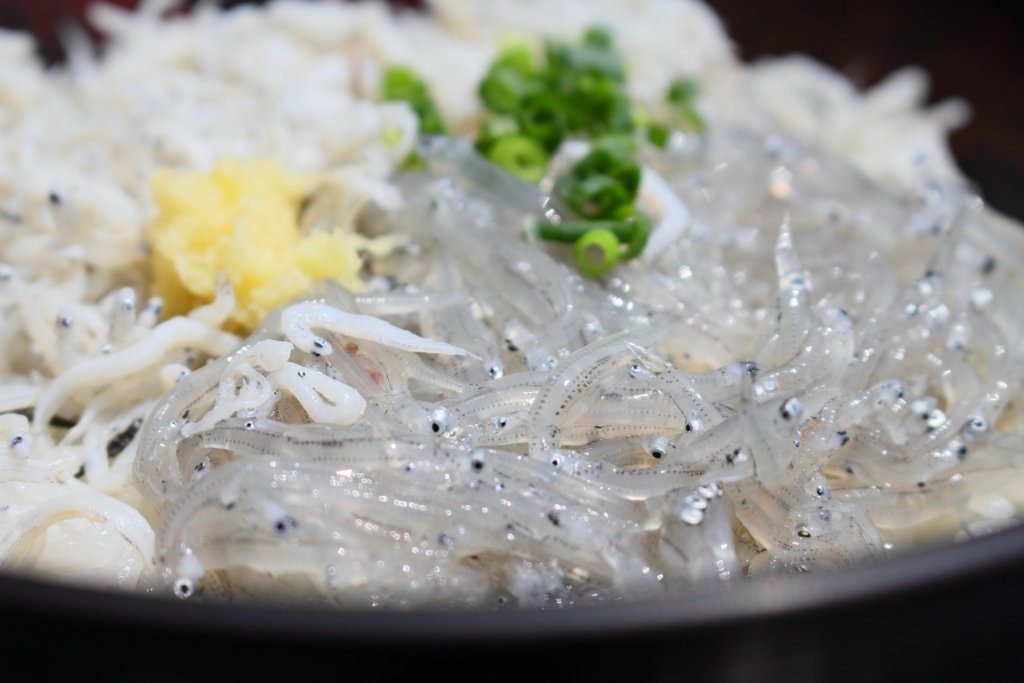 Shirasu are only available between April and December

One of the most famous restaurants to try shirasudon is Kamakura Akimoto, near Kamakura Station. Guests should expect a long wait during lunch, so it would be worthwhile to go earlier rather than later or simply finding another shirasudon restaurant since there are so many around!

Romantic Yokohama: the best spots in the harbor city for fun dates
See & Do
DisneySea: Tokyo’s most magical date destination
See & Do
Sunset date: where to go in Tokyo
See & Do
The ultimate hipster date in Shimokitazawa
See & Do / Eat & Drink / Event
Fun in the sun at Showa Kinen Park
See & Do
The best Tokyo hikes for two